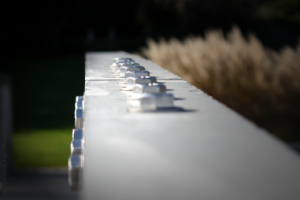 I thought you would follow, but the willow reed swallowed me whole
At least that’s the excuse you sold…
I’d been too busy tightening bolts
Preparing for traffic that would never come.
On the opposite end of nothing now
I’ve teetered upon this sharp edge far too long
Waiting for that willow reed to part
A path once cut through it; I suppose now it’s gone
Should my bridge someday be crossed
Unlike that lost, forgotten route
I’ll keep to tightening bolts, even if my hands get torn
The willow reed once led the way, at least
So you’d sworn.

One thing that my fellow Pen of the Damned members and myself absolutely love are our flash projects – one picture and a hundred words, no more, no less, in which to tell its story or convey…